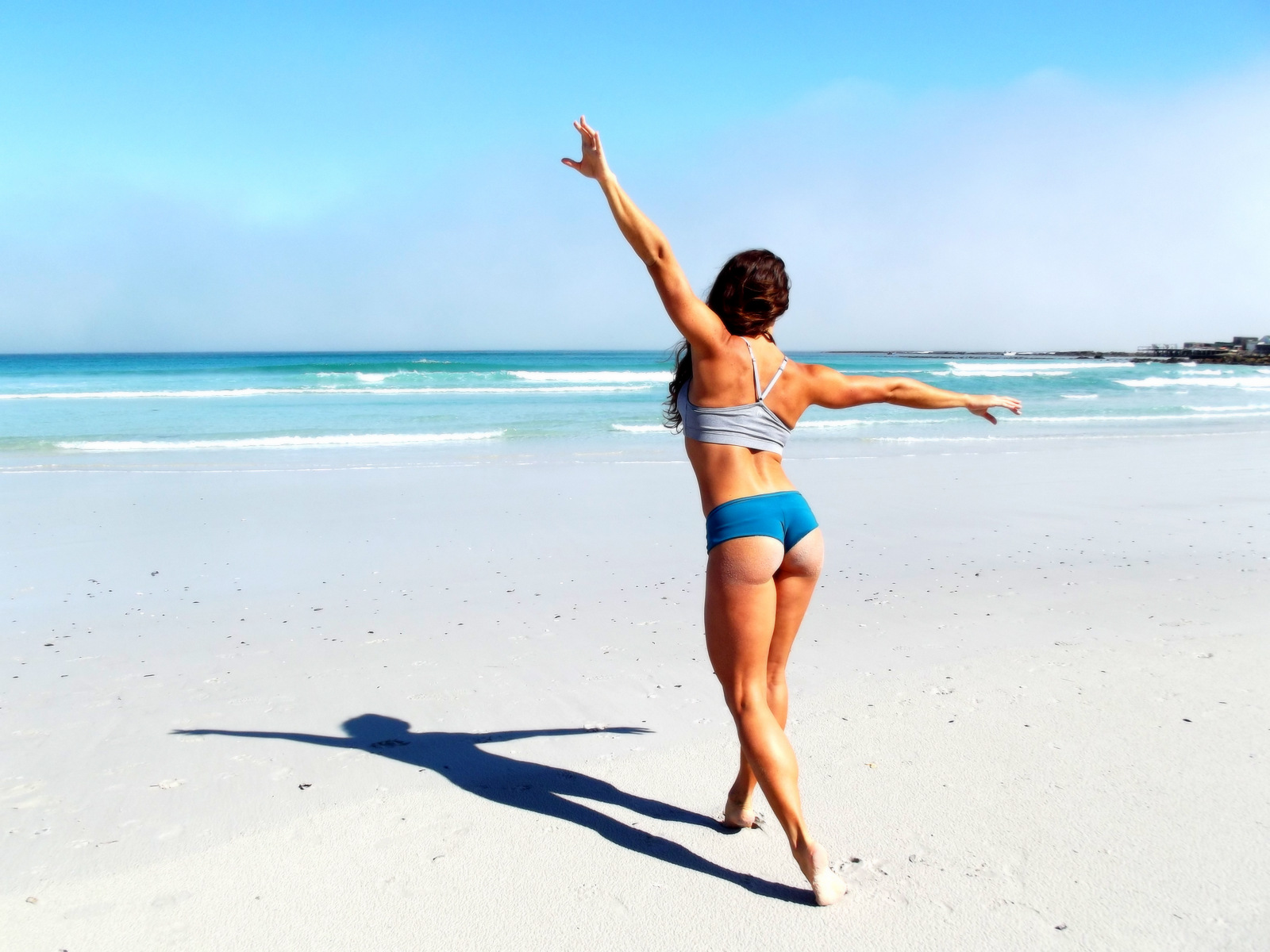 Gone are the days when vegans were hessian-bag-donning weirdos. As the entire world becomes more and more aware of the inherent cruelty and the dangerous health and environmental implications behind meat and dairy consumption, more and more people are choosing to live a vegan or vegetarian lifestyle. Unfortunately, for a lot of us in South Africa, where things are a little slower, communities of vegans in real life are still rare and being vegan can sometimes be lonely. But thank goodness for the joys of social media and the ability to make communities and tribes of our own! In this new series I’m going to be interviewing a number of South African vegans to demonstrate how plant-based peeps are just as normal as the next person, to give support and comfort to fellow SA vegans and, of course, to simply share common stories and personal vegan journeys… because let’s not kid ourselves – we all love reading a personal story, especially when it is one involving emotions and food!

I first heard about Jody from my mom who had come across her Beach Body workout plans on instagram. I was so excited to find a successful vegan fitness athlete promoting compassion, health and strength (and looking absolutely amazing whilst doing all of it) living in South Africa! The SA vegan community is small but growing in numbers by the day, and so it was inevitable that Jody and I would meet eventually. And I’m so glad we did! Jody is so natural and lovely and we immediately hit it off – it’s hard not to when you have so much in common; we both went vegan at the beginning of the year, we’ve both just turned thirty and we both love fitness, food and yoga! Although she initially started out studying accountancy, life had other plans for this little dynamo – health and wellness is her day job and she spends her days training, counselling and teaching people to take better care of themselves – both physically and mentally. Jody is so inspiring and to put it mildly – her body is rocking. ROCKING. Every inch of her is toned and tight and she says that because of her plant-based diet, she barely has to change the way she eats before competitions! How’s that for karmic reward?

Tell us about your vegan journey – how and why did you become vegan?

It was a combination of things and my journey kind of progressed in stages. I had been a vegetarian and then a vegan in my teens, but I had converted back to conventional eating due to social circumstances, social pressure and becoming disconnected with my true self. Fast forward to June 2013 and things changed. I can’t quite describe it, but it was a feeling inside. Physically, I was exhausted, and mentally and emotionally, I was completely drained. My body was showing signs of acidity and toxicity and I felt that I needed a change. I had been competing as a Bikini Athlete in bodybuilding for three years and as much as I loved the sport, I wasn’t functioning well on the typical “stage-prep” diet, which consisted mainly of chicken, tuna, broccoli, whey shakes and cottage cheese. I was struggling to keep up and hated everything about it. I wanted to be something more and didn’t believe that this was the “only way” to compete, or to live, for that matter! So I decided to prepare for the 2013 Mr & Miss Fitness on a vegan meal plan. After that show I just felt so good, that it all progressed from there.

What is your favourite thing about being vegan?

I have a deep passion for animals and the environment which has given me more motivation for being vegan… it is the emotional reason why I am a Veggie Babe. Living a vegan lifestyle has a much smaller carbon foot print on the planet and requires no negative and cruel actions by humans to animals through slaughter and inhumane farming. So I like to think that being vegan is my little contribution to saving the planet and not supporting animal cruelty. I believe we all have the power to make a change, to make a contribution and to be the change we want to see, no matter how small!

How have you learnt to cope with some of the negativity associated with being vegan?

I stopped being a vegan the first time due to social pressure and not being completely confident with who I was. Maybe now that I am older and honestly don’t give a shit what people think, I have way more confidence and self assurity to handle negative things thrown my way. Yes, some comments and posts do annoy me, especially in the Fitness industry, but then again I have amazing health and vitality to show that what I do works….and as they always say, actions speak louder than words!

Walk us through your day – what do you eat on a normal working day?

Green tea first thing when I wake up – not just because of the amazing benefits but also because of the natural caffeine kick and the great cleansed feeling I get from it.
5:30am: Get to work and train my first 2 clients
8am: I have my own personal Vegan shake (bunch of stuff I mix up…..coming to market soon – stay posted) and a banana (or any other fruit that is in season). After which, I see more clients… and have another banana.
I then train myself mid morning from about 10:30-11:30am, but only for about an hour – anything more than that and I am wasting my time.
I have a green juice straight after shower. I LOVE GREEN JUICE! Hashtag juiceeverydamnday. I swear by it – for all areas of well being. If there is one thing I can recommend, it is to start green juicing.
Around 2pm I have my favourite meal (which you will often see on my instagram account) of grilled tomato, grilled banana (I eat a lot of bananas!), spinach and sprouts on rye toast with avocado if it is in season.
In the late afternoon I’ll have more green juice, some nuts, fresh fruit or coconut….. whatever I feel like. Sometimes nothing if I am not hungry.
Dinner is normally oven roasted veggies, a stir fry, wraps or a cashew & bean curry.

You’re a vegan athlete and WBFF Pro Athlete. How do you deal with comments that you can’t get a body like yours without animal proteins and animal-product based supplements?

I know out of experience that it’s all about patience, commitment, dedication and taking care of your health, first and foremost. Most people now days aren’t prepared to do that and suffer from the “I want it NOW” syndrome. Our bodies are not cellphones with instant messaging and they are not something you can “upgrade” or replace. You most definitely can get an amazing body on a vegan diet, but it doesn’t happen over night. My industry is saturated by individuals who use illegal substances, growth hormones and artificial supplements like fat burners. It is made out as it if it is the only way to get a great body, AND IT’S NOT! I always say there is a price to pay later… you just don’t see it now.

What’s your advice to anyone interested in becoming vegan?

My advice is to start slowly. Make the change by committing to 2 vegan days per week, 2 vegetarian days per week and keep the rest as your current regular diet. After a while your body will tell you when to change and it will happen naturally. Also if you are not sure how to go about it, invest in a proper Vegan/vegetarian eating plan so that you know what to eat and have variety in your diet.

If you’d like to find out more about Jody’s workout guide and vegan and vegetarian meal plans, visit her site by clicking here: https://www.jodycalitz.com/ 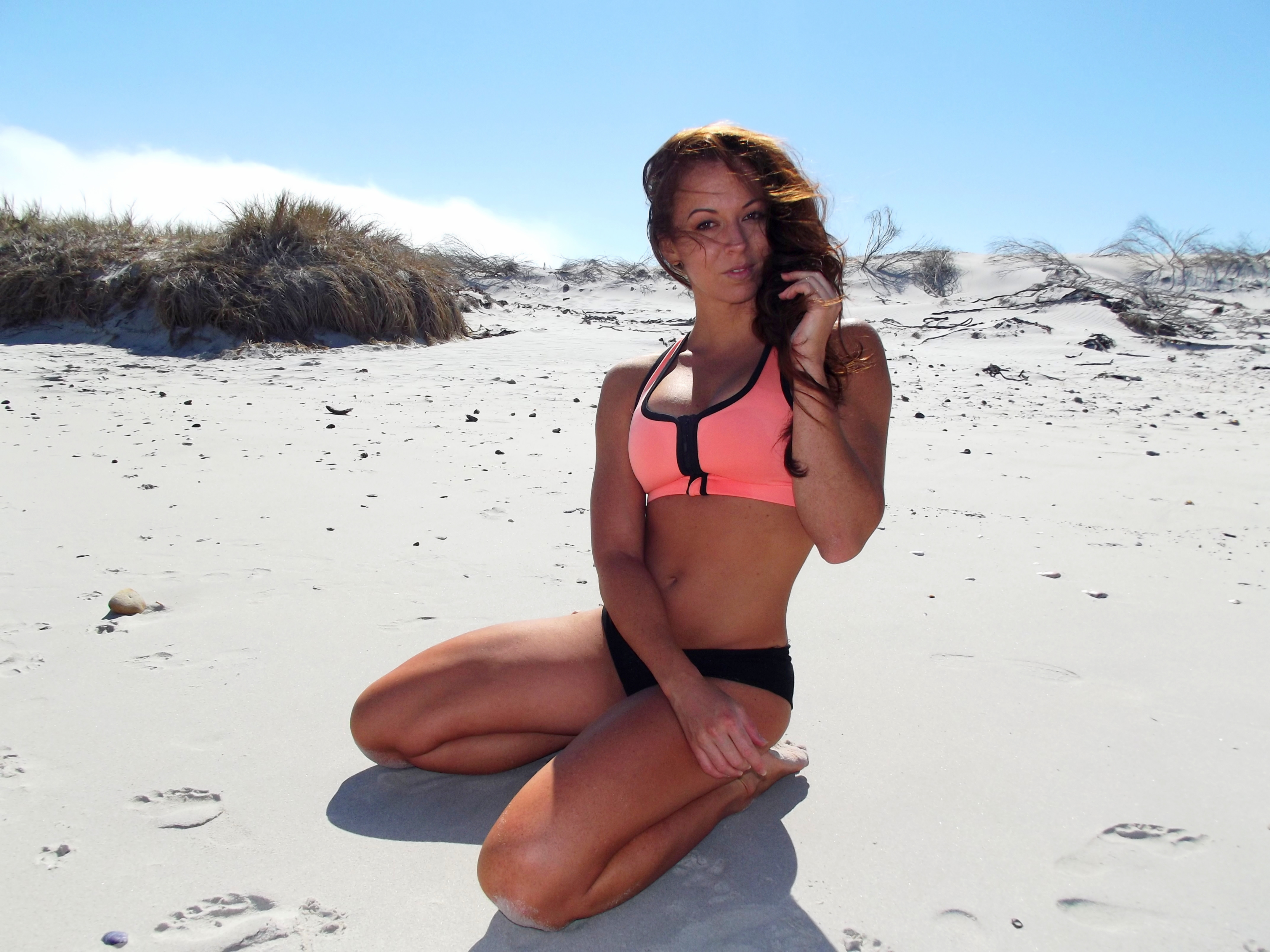 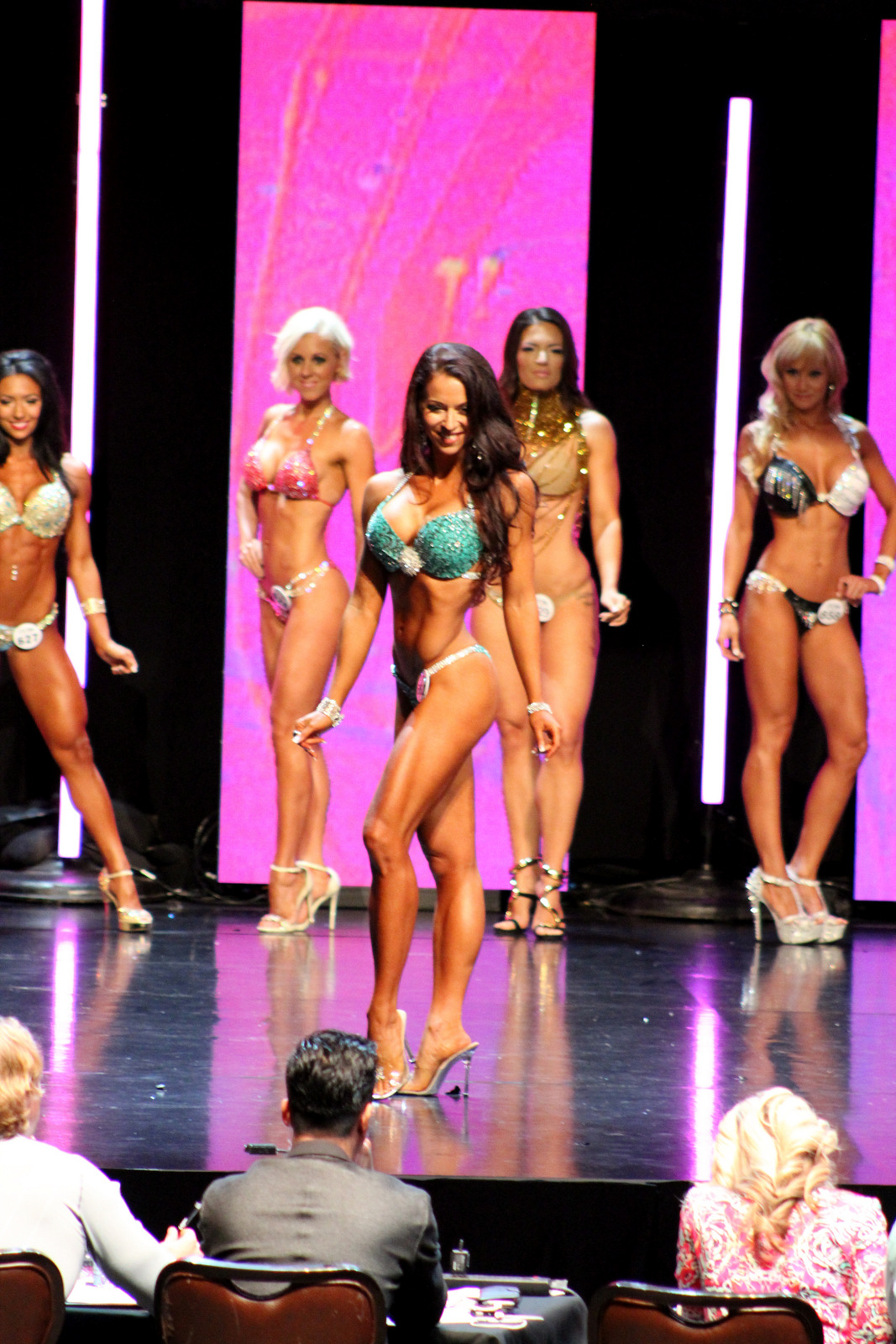 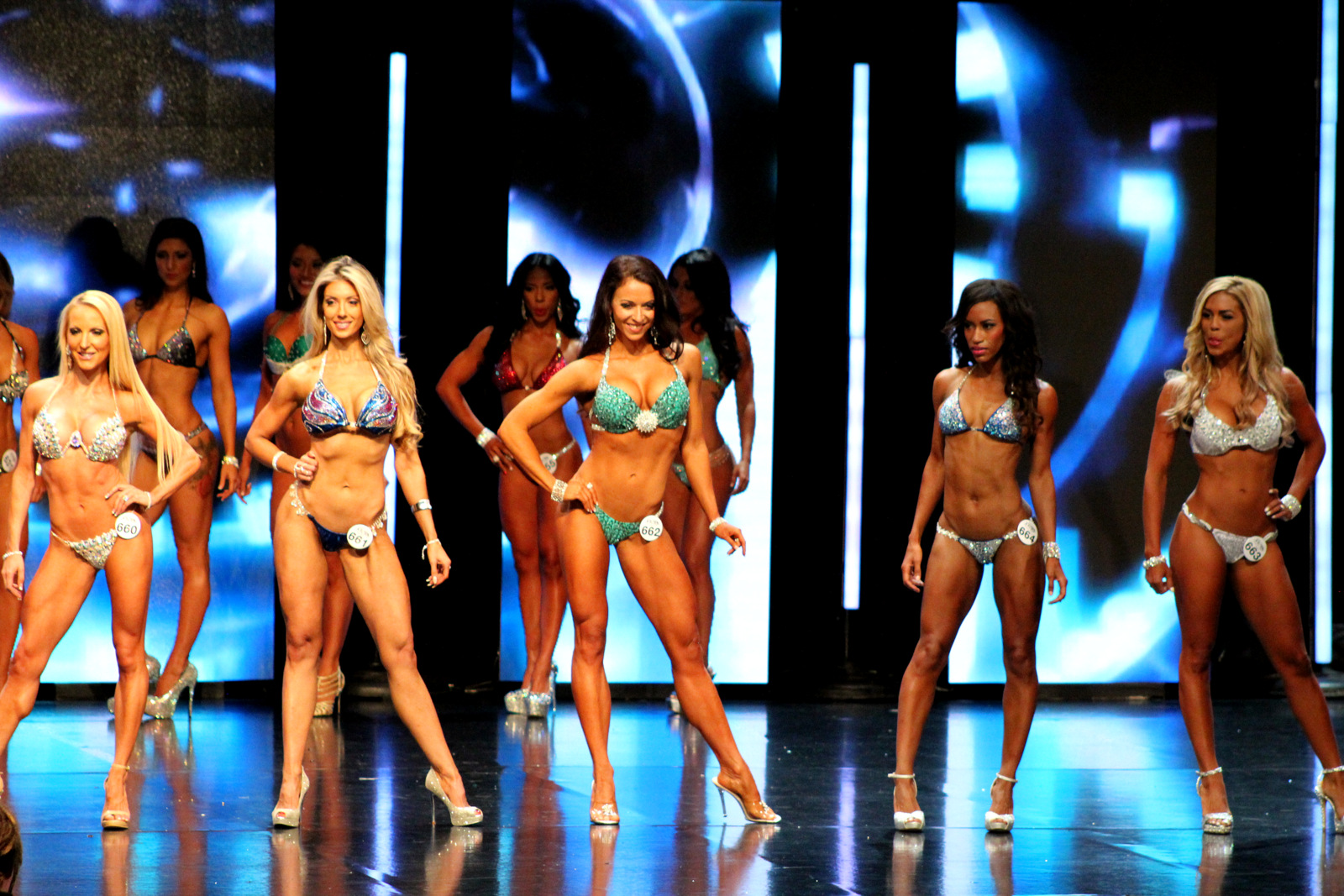 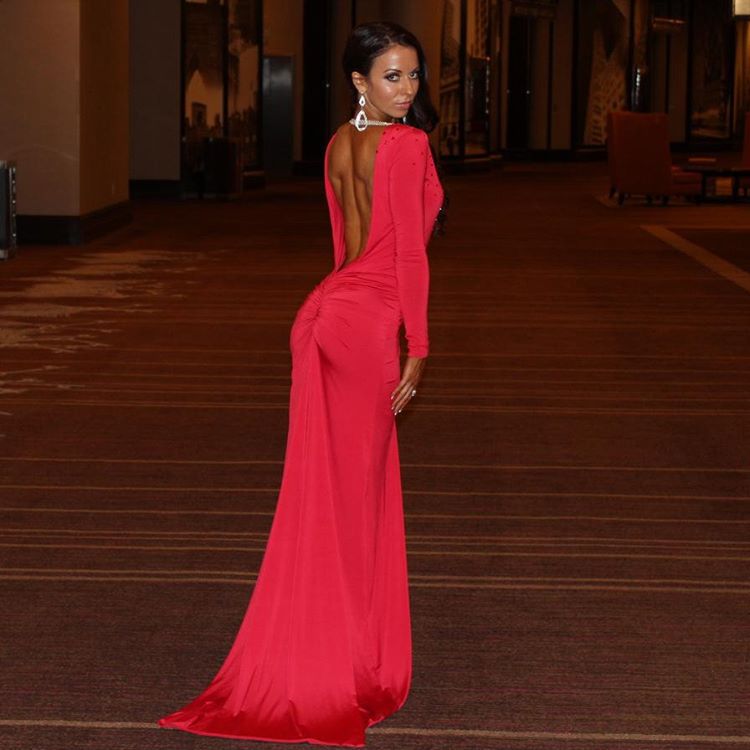 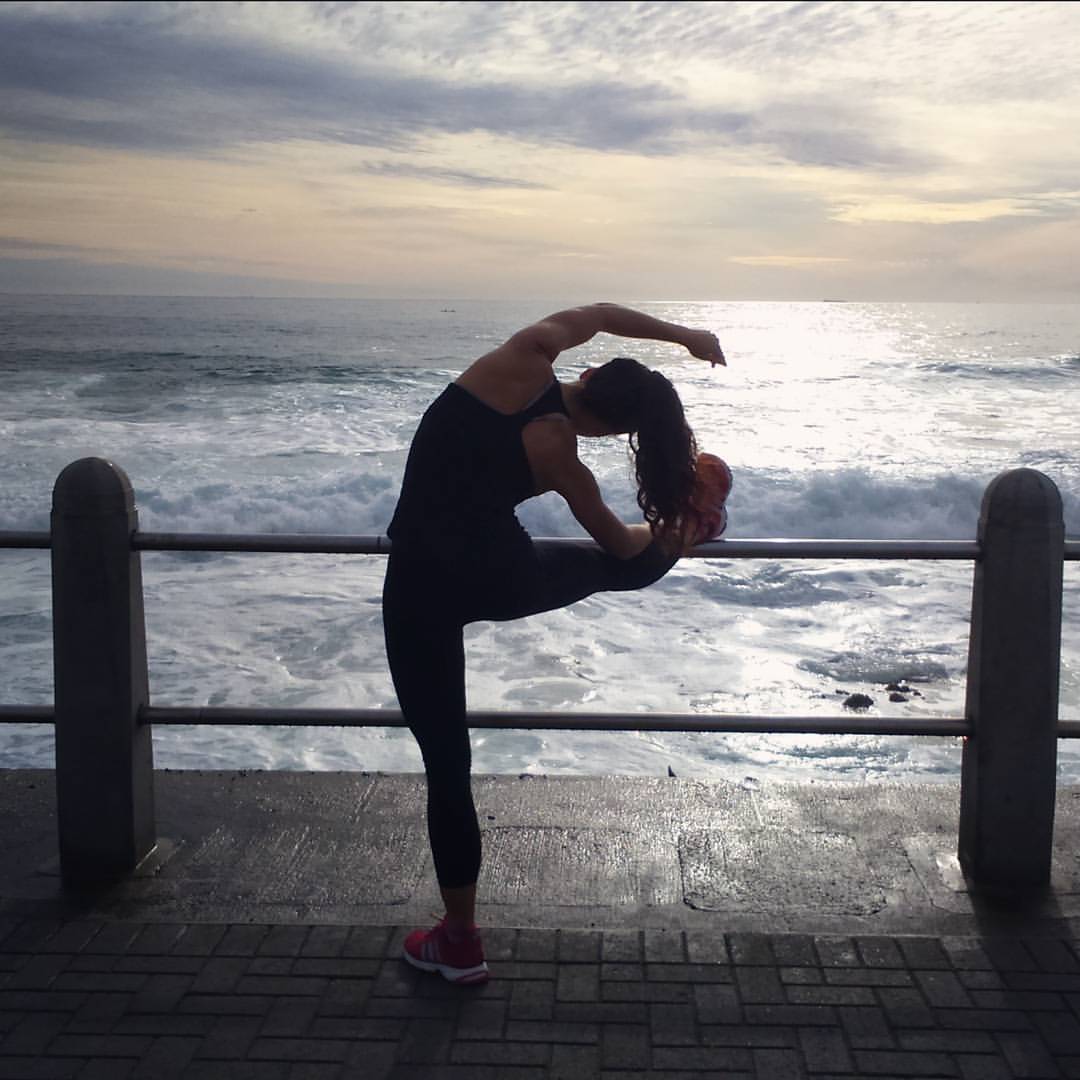 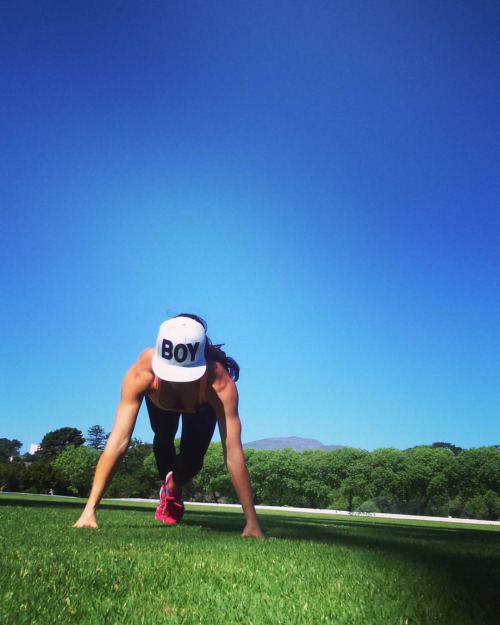