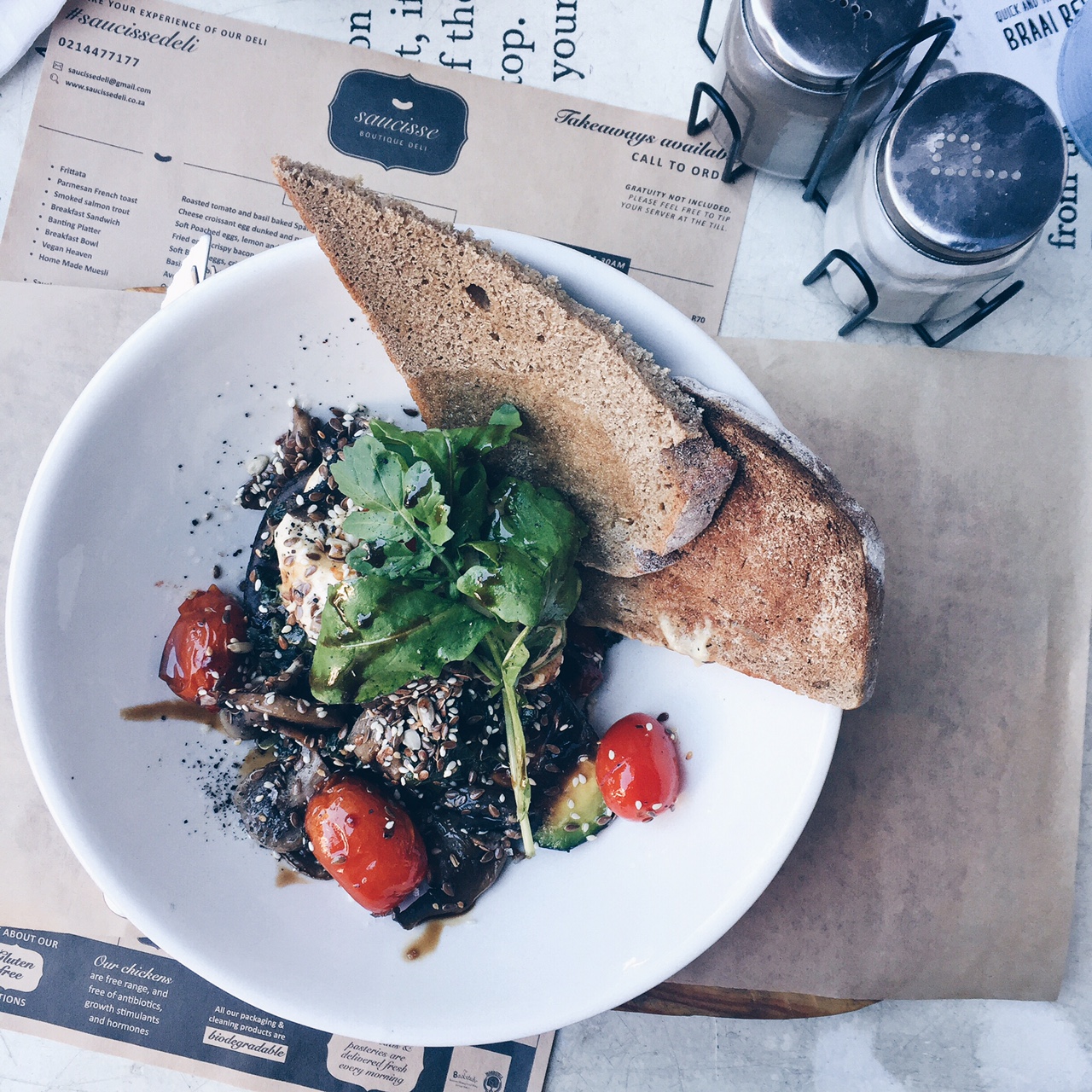 There are a few things I do now that I’m vegan that I never did before. These include, and are not limited, to the following:

Burst into tears at the realisation that there is not one single avocado or banana left in the house.

Help spiders out of the bath. And the shower.

High-five/ bum slap / bear hug people in the grocery store queue who have Frys products in their  shopping baskets.

Get nervous at the mention of a “braai” – not necessarily because of the food issue, but because of all the comments and questions. (wheredoyougetyourproteinisyourhusbandveganiheardofveganparentswhokilledtheirbabyveganismistooextreme)

Spend a ridiculous amount of time researching and reading nutrition articles for ammo against the rabbit-food-eating-haters.

Go into a flat panic and existential crisis when I realise that I forgot my EcoGemGem shopping bags at home and I have to buy plastic bags. Like, how many tins of tomato can my handbag actually hold? Let’s test this, shall we?

Absolutely adore meeting other vegans and attending vegan events, like the Green Monday South Africa event held at Saucisse Deli in Woodstock last week Monday. I’m not usually one for events, but if it has anything to do with eating green and saving animals, I’m there like a bear. Hosted at the stylish Saucisse Deli in Woodstock, it was more of a friendly get together than a big event, and it was wonderful to meet and chat with some fabulous like-minded ladies. I was also super excited to learn that Saucisse Deli has yummy vegan options on their menu and that on Mondays they always offer a blackboard vegan menu in support of Green Monday. I feasted on the breakfast option – a lightly baked avocado stuffed with cherry tomatoes, lemon spinach, wild mushrooms, greens, seeds and served with rye bread. Delicious!

If you haven’t yet heard of Green Monday, it’s a global movement promoted by the Humane Society International to encourage people from all walks of life to eat plant-based meals every Monday. You can sign up and pledge to be a part of the movement on their website > http://greenmonday.co.za/join/ and if you’re worried that cooking meals using only plants is too hard, don’t stress! There are tons of easy recipes on their site to help you out! I was also super impressed to hear about Green Monday South Africa’s initiatives in low-income communities to promote and educate people on how to grow their own food, as well as how to cook affordable and delicious traditional plant-based meals. The days of choosing not to eat plant-based because it’s too expensive are more than over!

Considering that fifty-six percent of South African women are overweight or obese, and that a plant-based diet leads to lower rates of high blood pressure, diabetes, obesity, dementia, cataracts, gallstones, cancer (especially of the digestive system) and even arthritis, perhaps switching to a plant-based diet for one day a week might do the health of our country’s population a favour? Eating plant-based also means less stress on the environment as less water is needed in the production of plants than in the production of animals. The mass breeding and production of farm animals results in the release of harmful amounts of methane, carbon dioxide and nitrus oxide into the atmosphere. In a nutshell – the diet of a meat eater releases seven times more carbon emissions into the atmosphere than the diet of a vegan. Considering, we’ve just last week passed the tipping point of 400 parts per million of levels of carbon dioxide in the atmosphere – a point we can never turn back from – giving up meat and dairy once a week is the least we can do for Mother Nature. If you’d like to read more about these facts and why a plant-based diet is beneficial for humans, the environment and animals, visit the Green Monday website.  Also, it’s Monday today… just saying 😉