animal rights + woman rights – why veganism is a feminist matter 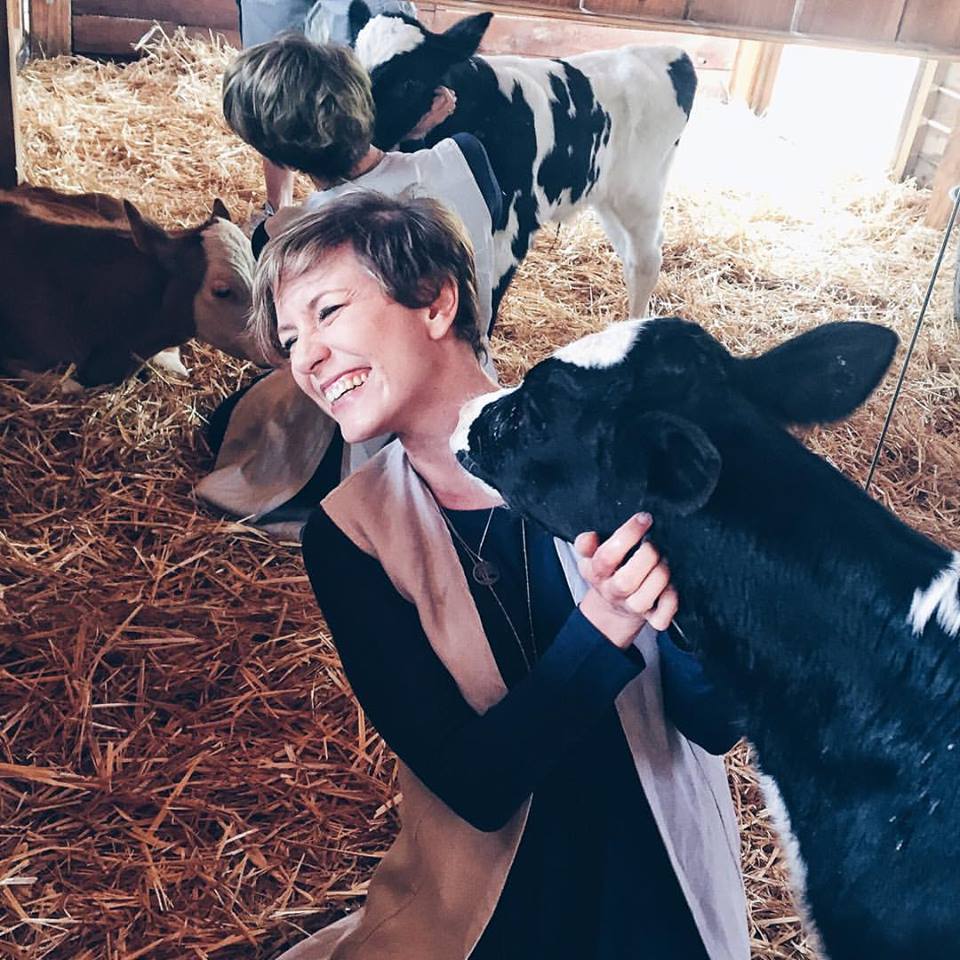 I’m not quite sure why the intersectionality (big word, I know, but basically it means interconnectedness) between feminism and veganism, between woman and animal, is so hard and offensive for some to swallow. For me, it is easy to see the relationship between the two when you look at things from a place of love. When you bring love into the picture, ego falls away. And it seems to me right now that ego is the driving force behind the belief that we are somehow not animals anymore; that us human beings have always clothed ourselves and had running water and lights and our children have always been conceived in tubes and birthed from a slit in our belly. That women’s bodies and animal’s bodies have not both been abused and tortured and consumed by the patriarchy for many, many years.

As a woman, I feel it is easier for us to feel empathy and to connect to those who are suffering or in need of nurturing. It’s in the basic makeup of the stardust we’re born with – and it’s why we are given the monumental task of carrying, birthing and nurturing the children of this world. It is also this soft part of us that for thousands of years has been taken advantage of, abused, and controlled. Once men started using their physical strength, moved into a position of power and considered themselves to be superior to women, we lost the connection and our appreciation for each other.  Our natural yin and yang disappeared.

When humans stopped living in harmony with animals, when we stopped taking only what we needed, when we stopped hunting with homemade arrows and spears and replaced these with guns and mechanical bow and arrows, when we started purchasing our meat and milk and cheese and eggs from shops, and when we stopped seeing and thanking animals for the sacrifice they make in giving us their bodies and children, so too did humankind lose their connection with animals.

I think that is easier for us as women to find this interconnectedness again and it certainly explains why so many women, compared to men, are vegan or vegetarian. Through our natural ability to empathise, to connect to both the earth and the spiritual world, to identify as animal through the beautiful and roaring process of life, labour and birth, we as women can easily make our way back to the only truth that will save this world: WE ARE ONE. Our big task as women and feminists right now is to bring our men back to this truth; to help them reconnect with emotion and spirit and to shut down the physical ego that has been beaten into them from birth.

For men, and the women who choose to serve them above the sisterhood, it is hard to connect to their animal selves. The ego sees animals as dirty, stupid, made of meat. They are not here with us, they are here for us. It is this mentality which makes people dig in their heels when they come across discussions of feminism and veganism being interconnected; when they come across the “radical” idea that women and men and humans and animals are equal. It is this fear-based mentality which makes people cry out “but you can’t compare humans and animals”.

i saw my spiritual self in a dream; i saw myself crawl into a dark liquid cave, i felt the power gush from between my legs, i rode the waves of pain, i roared and panted and surrendered myself to the tigress within. i have seen the other side, worshipped at the altar of humility, and yielded myself to the power and strength of the body. This is how I met my cub. I am animal, it is true. Strong as the elephant, fierce as the lioness, gentle as the doe.

We have taken from mother nature. She has let us dig power from her bowels, eat from her lands and seas, and drink from her rives and lakes. But we are not giving back, and like any relationship, a giver can only give so much before she recoils, licks her wounds and then bares her claws and fangs with vengeance. Make no mistake – our mama earth can take back what she gives in one foul swoop. She’s done it before and she can do it again. Floods, fire, winds and quakes and it is all destroyed, swallowed whole, and we are reduced to only that with which we are born with: our bodies. And it is the bodies of both women and animals that men have sought to control for centuries.

Men were once easily able to connect with animals. The way they hunted animals meant that they intimately knew the lives of their hunted. They tracked them for days, and felt and watched the pain in their eyes when, and if, they managed to take their lives. They thanked them for their bodies and appreciated the struggle of the kill and the fight for their life. There were no guns or sitting atop their dead bodies and posing for pictures. There was no disdain and inflated pride.  Just as you could take an animal life, so could the next day an animal take yours. There was no food chain – man invented the food chain to stroke his own ego.

In the same way, men were also able to easily connect with their women. Birthing and raising children was a sacred gift, the most important work. Women and children were to be protected, not dominated. Somewhere along the way, the sacred feminine gift of mothering, nurturing and connecting with the spirit world, became feared rather than revered, and both women and animals were reduced to property; their bodies used for the consumption and the pleasure of men. The rise of the ego kicked our natural connection to both the earth and her animals to the dust. This ego is the same one that, still today, sneers at the concept that animals are equal to humans and feeds off the belief that women are weak and that they need men to validate their existence, their appearance, their opinions, their place in this world. It’s this ego that still catches at the back of my strangled throat and makes my heart beat faster whilst I write this, whilst I write my truth:

** Post script: this article is not very academic, I wrote this from the heart in the one hour nap time my baby girl afforded my writing fingers; if you’d like to read an article with way more big words and way less emotion, but pretty much saying the same thing, please click —> here.**

The above image was taken at Farm Sanctuary SA: a pregnant me with Romeo, a day old male dairy calf rescued from slaughter.